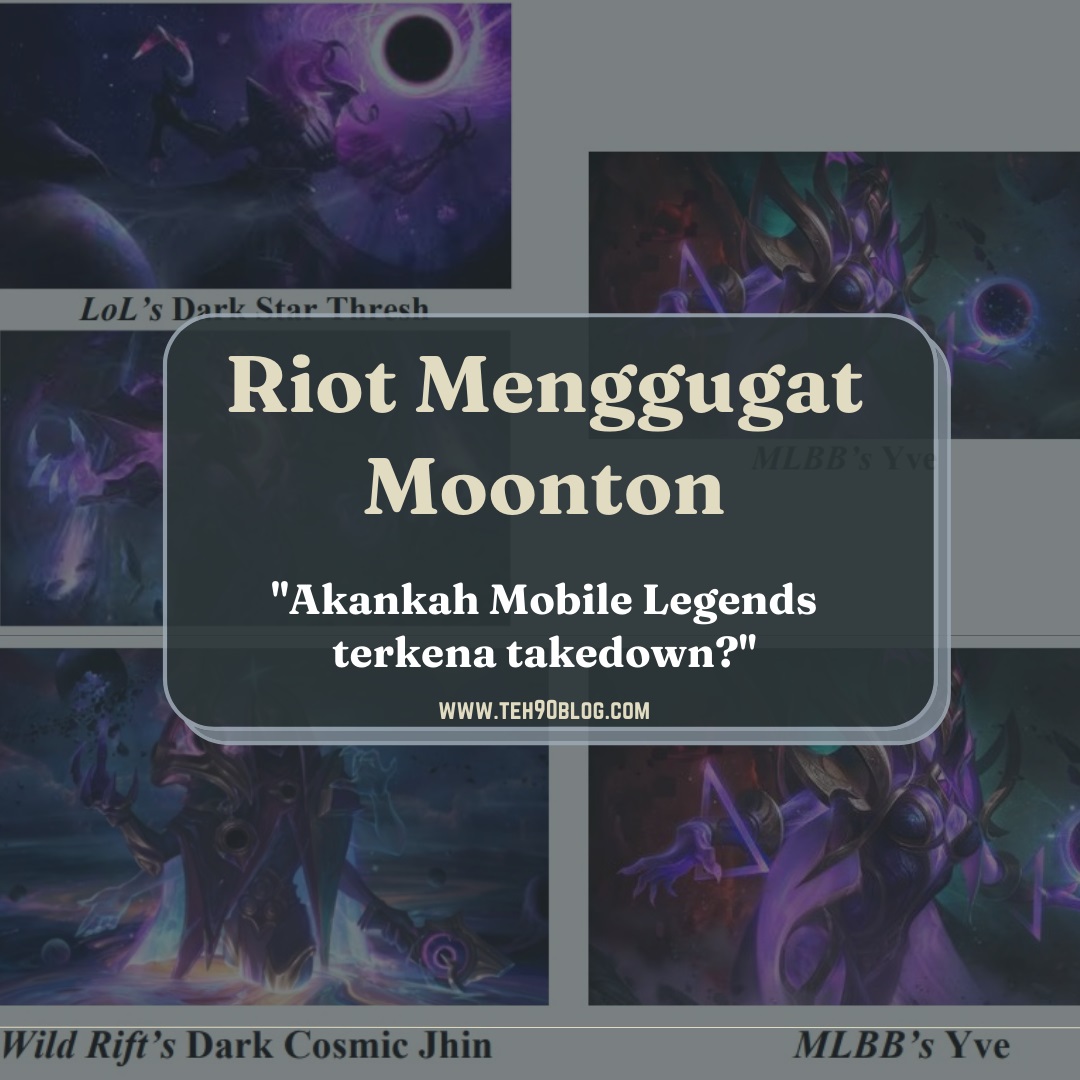 This event is exactly the same as what happened in 2017, that year riot file a lawsuit Moonton and through the Moonton 2.9 million USD or about 42.1 billion rupiah.However, at the time Moonton Rejected it because the company is based in China, not the US.

Well, that’s not what happened in 2022.This year
Moonton It already has a large branch in the United States and has cooperated with various parties in the country, which eventually caused disputes between the two countries developer This will repeat itself.

How exactly did this happen? What is the problem? To answer these questions, we just look at the following description:

Before getting into the discussion, I need to state here that the purpose of this post is not to disappoint any party, but simply to try to explain and offer every possible alternative solution.


Before reading this post, it is best to read the documentation, here is the link: https://bit.ly/3w7FCn5

The content of this post is entirely my personal opinion as a player of two games, Mobile Legends and League of Legends, as I play them for a long time (though I actually play Mobile Legends more often). However, I still look at the case from a neutral point of view, which still doesn’t change my opinion.

Therefore, all netizens who are reading this article, please watch until the end of the discussion to avoid misunderstanding. If you have any additions or comments, please write them down in the comment column.

League of legends Yes MOBA games make
riot It has been promoted since 2009 and is in development, game it had a notable improvement until it became one of MOBA games The most popular in the world. Simultaneously, mobile legend bang bang Yes
MOBA games make Moonton It appeared in 2016 and is currently game This is very popular in the Asian continent.

the problem between riot and Moonton Actually it’s been around since 2015 game make Moonton by title
Magic Dash Hero post, a MOBA games Available on android and iOS.

According to the information obtained, Moonton release
Magic Dash combine with this Alex Technology distribution game This is in America.About publishing game Riot notification says google play About Copyright Claims Magic Rush Gameand also with
Elex Find a solution to the problem.

after trouble Magic Dash Hero Done, next year
Moonton freed mobile legend and at the beginning of its release
game immediately received from riot Then who sent a letter to Google Play Store warn
Moonton. Sudden, mobile legend game even disappeared app Store, but not long game the title is back Mobile Legends: Bang Bang (for you player It takes a long time to understand this case. )

That was the beginning of the problem, which has not been resolved until now, and has actually gotten worse before Riot has to file a lawsuit against Moonton in 2022.

Actually, what does Riot care about? 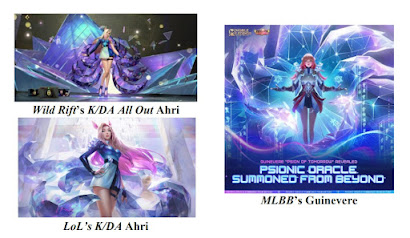 An example can be seen in the image above.design
Skin Legend Guinevere “Psion of Tomorrow” Just arrived last April and is thought to be very similar to the original character design
Ali From lol game and Wild RiftSimilarities are said to be seen in the geometric purple tail design and the color used.

Not only that, Riot is also equipped with various monitors
mobile legend hero others with similarities
champion Exist in league of legends games, For example, you can see in the image below: 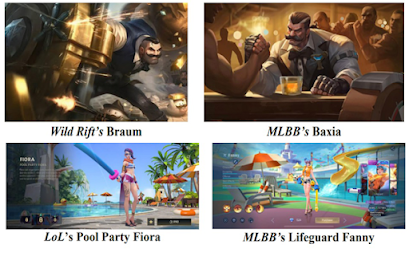 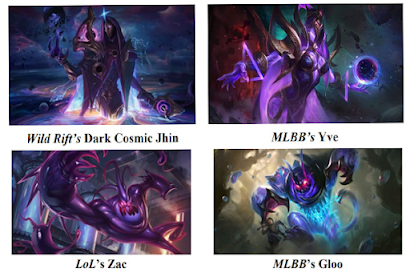 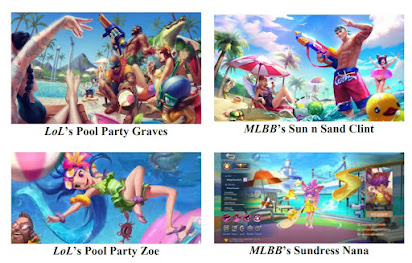 Not only character design, but some features of Moonton are also considered plagiarism, such as features smart target looks exactly the same as inside League of Legends game.

the same Moonton exist
Paquito Heroes Trailer This is considered to be the same as
runeterra trailer, and many other issues. Anyway, you can see in the docs everything the admin includes a link to in the disclaimer section.

All of the above sounds really disappointing, especially for those who have played with ML mobile legend in a long time.However, it has actually been proven riot By displaying various existing data.

Well, this is the part you should read carefully because it’s actually here riot I just want to get justice for what I did Moonton.

Not a single word in his assertion says: riot think
mobile legend delete, wrote in the file
“Found that Moonton directly and indirectly infringed Riot’s copyright”
It means they just want justice and demands
Moonton Guaranteed not to plagiarize in the future, and don’t forget to compensate “Awarded Riot for costs and expenses in this action, including reasonable attorneys’ fees and expenses, under 17 USC 505;”.

So, for those worried if mobile legend If you want to delete, please calm down first, read and understand the content of the appeal carefully, because in fact
riot Just seeking justice, nothing more, no deletion mobile legend game worldwide.

If you don’t believe me, try reading the documentation again “Prayers for Relief”.

Well, after getting those requirements, maybe there is something that has to be done Moonton Avoid plagiarism in the future.one of them is doing Retrofit to design
hero This is considered similar to the design hero exist lol gamebecause we know that recently Moonton is doing a lot Retrofit multiple views hero. So, this solution should be a very efficient one
Moonton The problem of plagiarism will be solved in the future.

Moonton It must also start to leverage its vast market for its own innovation, leverage existing communities, respond to constructive inputs of all kinds, and focus more on creating new things.

A sort of game Have time struggleeach, i hope Moonton It’s wiser to solve the problem this time, rather than repeating the previous one and keep falling into the same hole.

her name netizens there must be something absurd what did he do.I see – see rating lol wild rift exist app Store A sharp drop from 4.0 and now only 2.7.So, for those of you who are currently spamming hatred rated as
LoL Wild Rift on Google Play Store, Please stop now! 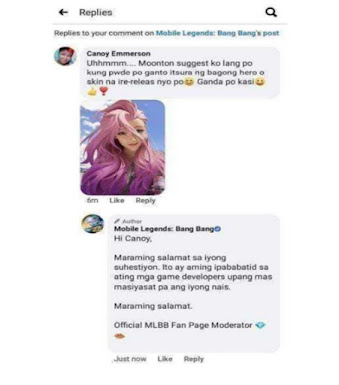 That’s the problem, right? Moonton Mother riotso let them both find a solution, you guys netizens Just enjoy it.If you send spam, please give 1 point to lol wild rift This ends up making things more complicated, and who knows, because of that, it gets worse until mobile legend Really deleted, and you are the one who loses in the end. So please delete the spam first, enjoy the drama between these two developers, and accept it regardless of the outcome.

Oh yes, there is one more for you netizens please give advice
game developer Don’t cause problems.here riot
until you find screenshot Comment area Facebook That’s it
netizens who asked Moonton make similar skins
League of legends. If so, then you’re at fault, too, so why make a fuss about being sued.party here Mobile Legends –It also needs to be reviewed again, lest you accept advice from
netizens This raises the cake problem.

The point is that all parties have to clean up here so that Moonton The future must be more creative, while making netizens To answer questions later, please be smart.

Well, maybe that’s what I’m all about in this post. If you have anything to add, please write in the comments.