In the era of increasingly advanced video games, development is not limited to technology, because the most exciting thing must be the infinite creativity of many independent developers. We’re one of those people who really likes to dig the market every now and then to see indie game recommendations, but the one title that seems to be getting the most attention lately is definitely Stray.

Developed as BlueTwelve Studio’s first project since 2015, it’s a game that lets you adventure as a stray cat in a futuristic world inhabited by robots. The premise of an adventure game with a cat as the protagonist may sound simple, but this game tries to provide the most realistic character possible, allowing you to truly experience the life of a cat. But instead of just concocting it in the form of a standard sim, they implemented the world setting into an equally fun approach to gameplay.

By the way, we played the game for the first time in the past two weeks and were very impressed after reaching the end credits in almost 10 hours. It’s really short, but the experience on offer is at least good enough to leave an unforgettable impression. So what about the overall quality? Just check out our full review below.

So as we mentioned above, in this game, you will play as a stray cat who will one day be separated from his family and end up in a futuristic neon city. From here, he will travel through a city full of mystery and danger on an extreme adventure to return with his family. Fortunately, the cat won’t be left to fend for himself on this adventure, as he’ll meet his new friend later, a drone robot named B-12. 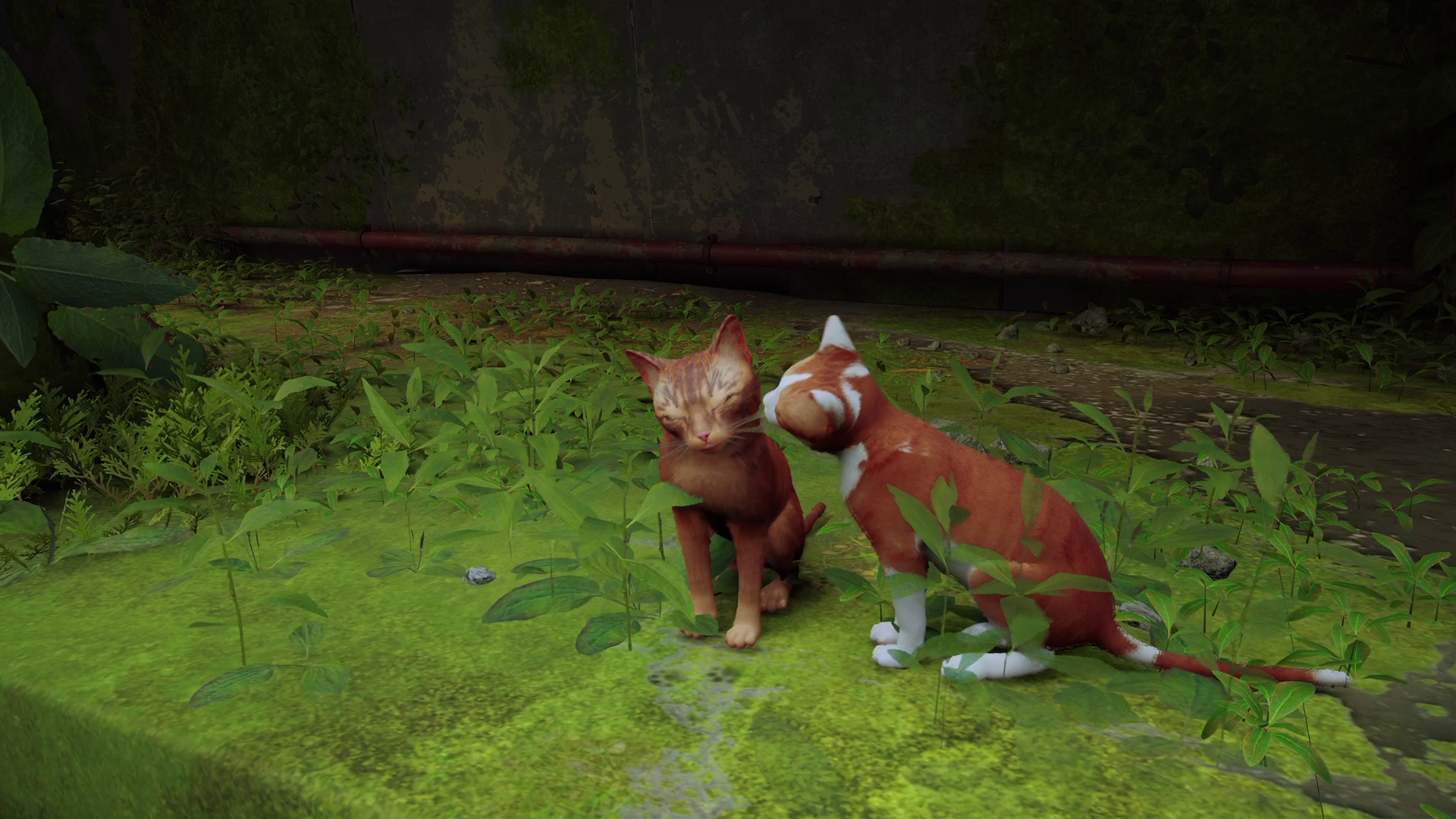 Even though the world is populated by robots, their personality traits are still similar to humans, and you can even interact with them. Some of them have their own funny nature backstories, which can also be a motivator when you want to do a full exploration to get the best picture of the world environment.

Every gameplay and decision-making mechanic in Stray focuses on one principle: it’s how you become a cat and how to turn the world around you into your personal playroom. While the game does offer exploration options in what appears to be a fairly extensive 3D world, your progress in many places is actually fairly linear with routes that are always clearly marked. Of course, exploration is still an important key, it’s just that you need to maintain your expectations for the freedom of cats to explore the play space. The puzzle app in this game is so well designed and still based entirely on your character as a cat. An example is you can grab objects by biting them, place them in various places the cat can reach, or use the momentum of a jump to balance on various platforms. This puzzle-solving element can be found even when you are dealing with enemies, because even in the absence of combat options in the game, you can draw the enemy’s attention to chase and knock yourself down to a special point, opening up a new ‘s path. The game section also includes exploring the robot’s settlements and gathering important information from them, whether it’s the background of each character or special instructions to continue the main story progression. But in all of these activities, there is nothing more exciting than acting like a real cat. This means that in this game, you can choose to perform actions normally performed by cats, such as meowing to comfortably position yourself to sleep anywhere. While it doesn’t feel very useful in gameplay, at least you get a realistic and interactive cat simulation experience, especially when you see the various reactions of the robot when it hears the meowing. Despite being separated from his family, the cat is not alone as he still gets help in many places, especially his robotic drone B-12. This tiny robot that lives in a cat’s backpack plays a very important role in helping you on your adventures. In addition to acting as an inventory controller, the B-12 can also translate robot language into cat language, which is sure to be very useful throughout the adventure. He can also decipher mysterious symbols and messages hidden in certain places and remind you of your main mission. Throughout the adventure, you’ll also find “memories,” snippets of data that the B-12 can use to teach you more about the secrets and other hidden stories behind its world.

Don’t be fooled by how it looks like a comfortable and conflict-free game, as there are times when the cat has to survive the snooping and pursuit of dangerous enemies. Due to the lack of combat options and the weak defenses of the cat, you will of course die if you are not careful. Just because it’s still a game with more emphasis on exploration than traditional adventure gameplay, you’ll always respawn at the closest point so you can move on without major obstacles. Of course there will still be challenges, but overall the difficulty level, especially the learning mechanics, is very friendly to all types of players. We think it was the right decision because Stray is really suitable for cat lovers to enjoy and easy to play even if they are new to the video game medium. Also, cats can jump from any height and land without taking any damage, which is very realistic as some cats in good physical condition in the real world can do this with no problem.

Since the console version is only available for PlayStation 4/5, the developers certainly wanted to take advantage of the DualSense controller feature to bring the most immersive gaming experience possible. We’re happy to confirm that the Stray takes full advantage of every available feature, from haptic feedback to adaptive triggers to the controller’s built-in speakers. The best part is how creatively you can use the features, like the parts where you can scrape different types of surfaces and the different pressure/resistance sensations you can feel through the controller. So, for example, when you scrape a harder tree trunk or a soft carpet surface, the resistance will definitely be different as well. In addition, you can hear purrs and slight vibrations through the speaker controller, giving a unique feeling of holding a cat in the real world. As someone who has loved cats since childhood, Stray has to admit, it feels like a dream game come true. Without a doubt, we can admit that it’s the best game for those who want to enjoy the most realistic cat life simulation, but at the same time it’s still packed in the form of an amazing adventure game. Aside from the easy-to-learn mechanics and simple difficulty levels, the entire game presents us with an evocative gaming experience right to the end.

The short duration of the campaign is actually a good fit for this game, as the mechanics provided don’t evolve much, so many players can get bored quickly if they have to play it for long periods of time, especially if the developers have to sacrifice the quality of the level design for the sake of it. Encourage quantity. Beyond that, it’s a safe bet that Stray is a game that might change the way many people think about cats and make them want to keep them as pets.