If there’s one part of Final Fantasy VII Remake that deserves two thumbs up over the rest, it’s definitely the character design. Of the many Final Fantasy VII expansions fans have received over the past 20 years, this time Square Enix has managed to create the most perfect and captivating form for each fan-favorite character. Tifa Lockhart is definitely one of the most popular, and the game’s heroine always leaves fans dumbfounded every time she appears in a cutscene.

In order to create the most perfect Tifa design, the development team of Creative Business Unit 1 went through a long process with many modifications and different alternatives. Through a series of Twitter posts offering facts about making Final Fantasy VII Remake character designs, this time discussing Tifa, they explained that they had tested more than 20 hair colors for the characters before getting the most suitable composition Variants. This is limited to hair color, so you can imagine the creative process you have to go through before you’re happy with the final design.

The development team also spent a lot of time on accessories, because now each game character has more small details in the overall costume design. Tifa, in particular, has even given the bracelet a charm, some of which reference typical creatures from the series like Chocobos and Bomb Monsters. This extra attention to the smallest details is what makes the character designs in the game so perfect, even if you as a player can’t see them clearly except by using features like photo mode or looking at high-quality renderings of the original characters.

Speaking of Final Fantasy VII Remake, fans will get the new Final Fantasy VII Reborn series planned for next winter (late 2023-early 2024). Like Final Fantasy XVI, the game has also just been confirmed for an exclusive release on PlayStation 5, but that exclusivity usually only lasts for a year before it’s brought to other platforms like PC. 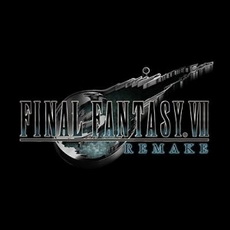