more and more annoying! Natalia’s ultimate has no cooldown on killing enemies! 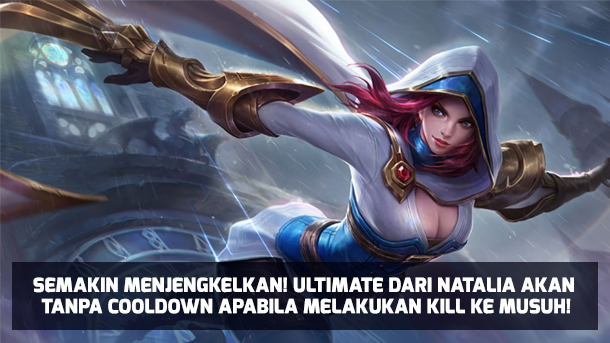 Moonton has once again made changes to the heroes in their game Mobile Legends. This time they’ll be buffing one of the arguably pretty annoying heroes in this patch, Natalia.

Natalia herself will get a significant buff in an upcoming patch. Currently annoying heroes will be more annoying. If she manages to kill her foe, Natalia will gain a no-cooldown ultimate.

Natalia’s buff to herself has received a lot of responses from Mobile Legends fans, both positive and negative. For user Natalia, this is interesting. However, it’s an annoying thing to do for user mages or others. In addition to the main news in this article, the KotGa Crew has an interesting discussion that you can watch in the video below.