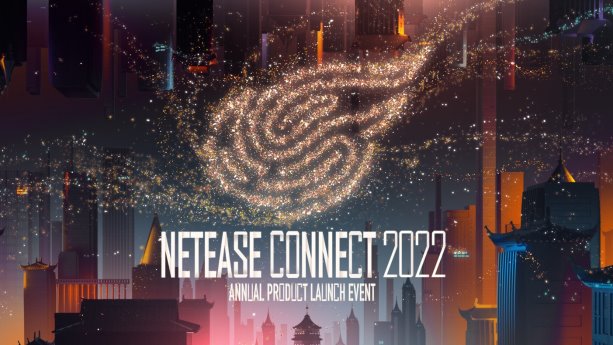 NetEase Games released a series of games at NetEase Connect 2022. Like Harry Potter: Magic Awakens, Takeda’s new samurai warrior character in Naraka: Bladepoint, the new expansion Lord of the Rings: Rise of War, lets you eat with Gandalf and with Merry and Pippin, the next update of Infinite Lagrange and four unannounced titles, and more were revealed at NetEase Connect 2022.

Dead by Daylight Mobile will soon be rolling out an exciting update in the West, with a new beta in the near future.

Following the Earth Day event, Infinite Lagrange’s latest update brings “Identity Protocol” to the sci-fi massive space sim. Explorers of different identities will have different tasks and completion goals. The “Legacy” concept will be incorporated into the game this summer, allowing players to search for legacy items and use them to develop their powers.

New escape mechanics have been added to the next-gen competitive predator shooter survival game. Players win not only by being the last man standing, but also by getting as much loot as possible from the battlefield. This new free trade feature allows players to buy and sell supplies and craft unique weapons with premium gear, offering even more opportunities to build wealth.

Cinematic 2v4 competitive stealth game where players become attackers or hunters. Participate in fast-paced hide-and-seek matches, infiltrating as an intruder, use your special gear to steal information and escape, or use your hunter’s abilities to expose intruders and prevent them from accomplishing their mission. From July 8, the technical test will be open to players in Thailand, Malaysia, New Zealand and Australia.

A new collaboration with Japanese steampunk artist Mitsuji Kamata is coming to the game, including new costume designs.

NARAKA: BLADEPOINT is in development for mobile devices, while it was announced that a new character, Takeda, will arrive next season. Wearing armor and holding a katana sword, Takeda constantly battles the demons within him.

In this third-person shooter with a twist, 15 mercenaries infiltrate the zombie-infested city of San Jaggar, collect precious blood crystals and survive the undead. Dying in the game doesn’t mean “game over” either, the player will be resurrected as a zombie with a new set of skills and infinite respawns. ZOZ: The last hour is now open for regional testing.

The Lord of the Rings: Rise of War

Officially licensed by Warner Bros. and Middle-earth Enterprises, the geo-strategic seasonal game developed by NetEase continues to grow in the new season with many interesting elements reflecting Middle-earth’s celebration and culture. Midsummer asks you to team up with Gandalf to create a feast of fireworks, or help Pippin and Merry make the main course of Hobbit cuisine.

Set 30 years into the future, during the decline of civilization, Once Be Human shows the aftermath of a mysterious door being opened and stardust polluting the world and creating hordes of monsters. The silver lining comes in the form of “transcenders,” humans with special powers who turn the tide and become hunters, not prey anymore.

Online multiplayer with massive 15v15 battles across multiple maps and featuring historic tanks from WW2 and the Cold War. Players can team up with friends or join clans to explore the game map. Take advantage of the terrain and engage in tactical combat in multiple game modes.

A second beta test for the racing game, which will feature cars that can break through walls, transform while driving, and even glide across the sky, will take place in June.

Midsummer was the most glorious time of the year, and the bravest time, when the Vikings had safely sown their crops and set sail for war in another land. A new Midsummer expansion is coming to VIKINGARD in June. It’s time to take action and take risks!

A post-apocalyptic future survival shooter for PC and mobile based on the concept of “survive, fight and thrive”, where strategy is critical in restricted areas. In “Lost Light”, in addition to fierce battles, players can also build their own shelters and collect supplies through battles or trade. The first beta testing of iOS will be available in the third quarter of this year.

This immersive collectible card role-playing game will launch in 2022 for players on PC and mobile devices worldwide.

4 July 2022
information: [VIDEO] M4 in Indonesia? Will Lemons retire? Who is the next Bigetron red alien on the list?

information: [VIDEO] M4 in Indonesia? Will Lemons retire? Who is the next Bigetron red alien on the list?