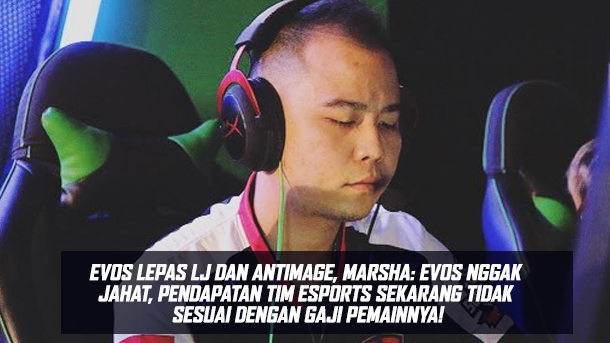 A few days ago, we were surprised by the release of two star players from EVOS Legends, Antimage and LJ. The two of them themselves don’t seem to be part of EVOS Legends’ plans for next season. Many fans thought it was evil, however, according to Martha, it was normal. The live broadcast stated that the current income of the e-sports team does not match the salary of the players.

“That’s not to say EVOS is evil. So the high salaries are a bit difficult, and that’s the salary, guys. Because this is the revival of esports, yeah, guys. Guys, player salaries aren’t cheap right now. Also, The revenue of these esports teams doesn’t match the salaries of the players. So since Nimo shut down, it’s really had an impact on players. Where does the money come from for the esports teams?” Martha said on her stream.