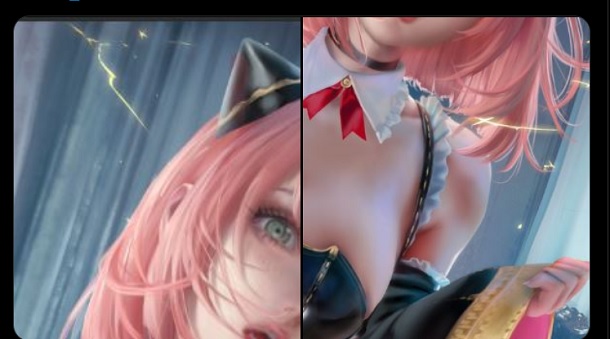 Popular Twitter user “SakimichanArt (@SakimichanA)” known for posting 3D-style illustrations is a recent trend after revealing that his next work will revolve around the character Anya Forger in the SPY x FAMILY series. Of course, choosing the role of the little girl in this story didn’t please some of the community on Twitter.

Of course, the preview shows that the artist is working on an “adult version” of Anya Forger. Of course, this will lead to some comments that they don’t like it.

SPY x Family tells the story of an agent known as “Twilight,” where no order is too high for the sake of peace. As Westalis’ chief spy, Twilight works tirelessly to prevent extremists from going to war with neighboring Ostania. In order to complete his final mission, he must infiltrate his son’s school, the famous Eden Academy, and investigate Ostania politician Donovan Desmond. As a result, the agent faces the toughest task of his career: getting married, having children and playing with the family.

18 May 2022
News: Support your favorite influencers! MLBB 515 ALL STAR Showdown 2022 International is going to be held

News: Support your favorite influencers! MLBB 515 ALL STAR Showdown 2022 International is going to be held